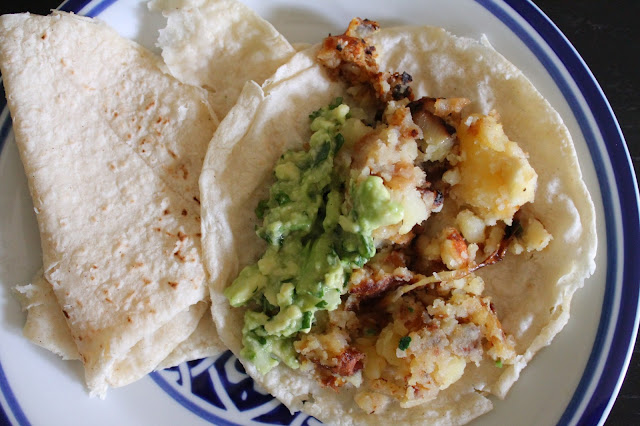 The contest over at food52 last week was for your best cheap feast, and I really wanted to enter it (I love kitchen thrifty-ness challenges!), but I couldn't think of anything that would be better than these fantastic potato tacos, which are sadly not my own invention. So I thought I'd share them here instead! They are dead simple: boiled potatoes cooked in fat with onions, roasted peppers, and cheese until golden and crispy. Piled into warm corn tortillas with guacamole and a side of beans, they make a mean, and cheap, meal.

For south Austinites, I have been buying my corn tortillas from Tortilleria Rio Grande #2, which is in the strip mall with the (terrible) HEB at the corner of S.1st and William Cannon. The tortillas are much better than anything you can buy at the grocery store and so cheap. And! And! This place sells our favorite tacos in the world.  The desebrada is particularly transcendent- juicy stewed beef with little else, but I've really loved everything I've tried there. To me, it is on par with the much-hyped (and deservedly so) Taco More, but so much closer to home. 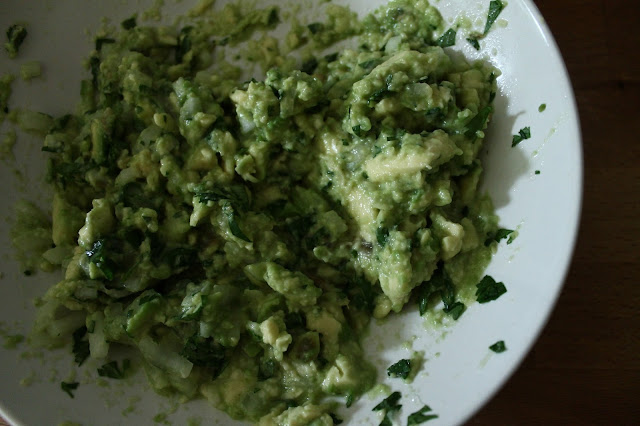 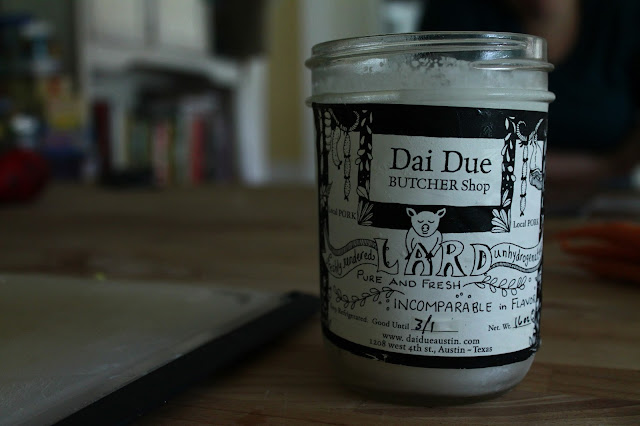 Posted by arielle clementine at 8:00 AM