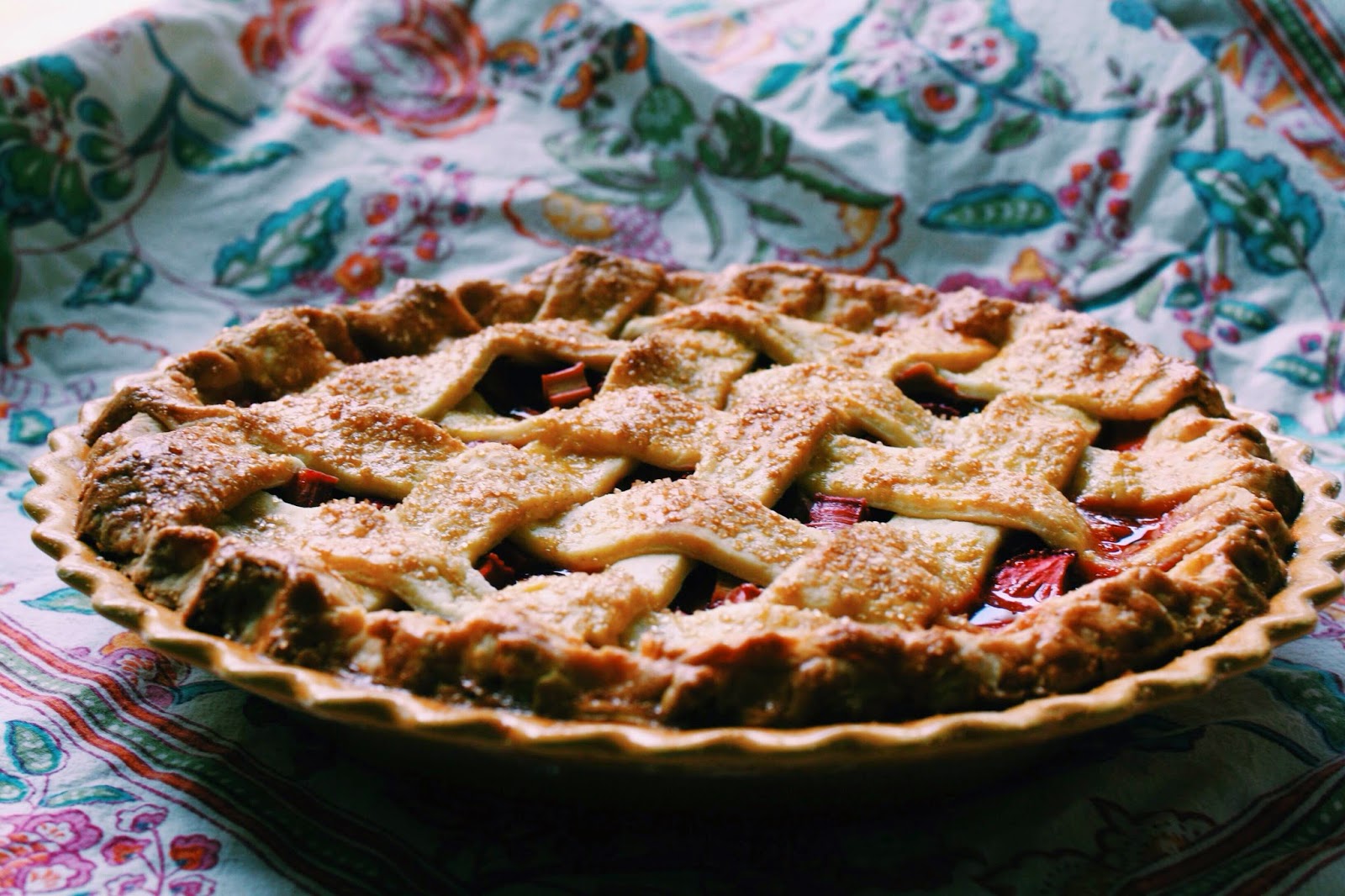 Time has once again snuck up on me. I'm posting my May pie in mid-June and that really is just the best I could manage! Side note: blogger says that snuck isn't a word. But it is, right? Blogger sucks. As soon as I can get my act together I'm gonna move to WordPress. Anyhow, I've had a great summer so far with these very fine fellows: 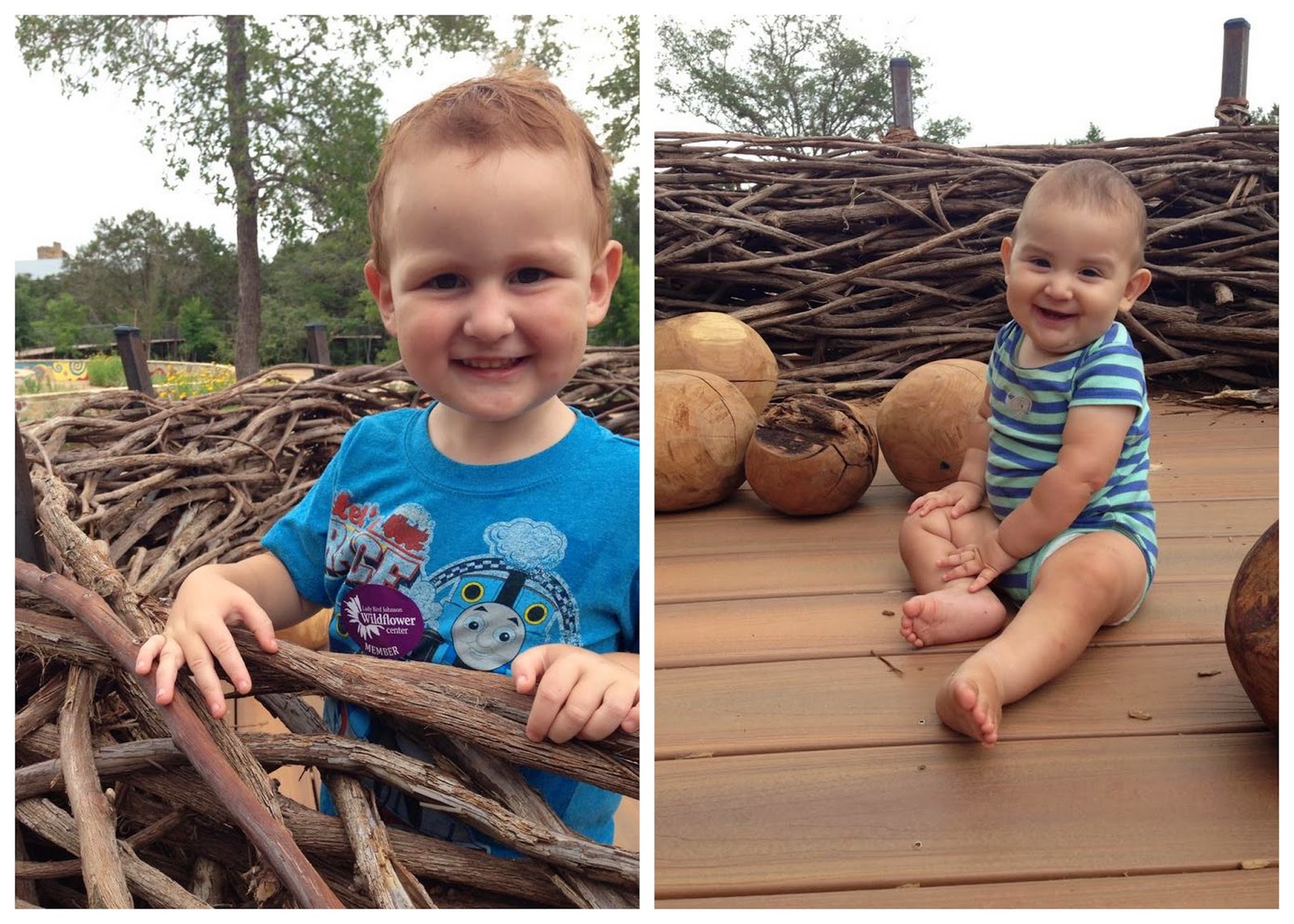 Henry and George, tiny birds in a big nest

George generally loves everyone and everything. He has just begun to take his first steps and is an intrepid explorer. Henry has been quite the little innovator lately! Yesterday, he was playing with some straws and toothpicks that were left out after a party this weekend (a baby shower for my sister!!! cannot believe she's having a baby in less than 2 months!). He started by dropping toothpicks through the straw and very quickly worked out a way to rest the toothpick in the straw and then shoot it out by blowing into the straw like a dart gun! It made for an exciting afternoon. As I type this he's stabbing the toothpicks into the upholstered coffee table to make a sort of fence. It's just so cool to watch him figure things out.

Anyway, on to pie! I am in love with this pie crust recipe. It's from Joy the Baker and it's the same one I used for April's pie and I'm going to have a hard time using any other pie dough recipe from here on out.  It's made with cup4cup flour, but with an egg yolk added, which makes the crust a dream to roll out and not at all crumbly like other gluten free recipes, and with buttermilk instead of ice water (i use an equal amount of full-fat coconut milk mixed with about a teaspoon of lemon juice to make it dairy free) which makes the crust a bit softer and cake like instead of my regular crunchy crust. So good. The filling is deliciously bubbly and I just love the musky tartness of rhubarb. Don't we think it's a little musky? Something kind of weird about rhubarb. Anyway, I think it's a fun weird and I love this pie.


For the Filling:
To make the Crust:

In a medium bowl, whisk together flour, sugar, and salt.  Add cold, cubed Earth Balance (or butter) and, using your fingers or a pastry knife, work the butter into the flour mixture.  Quickly break the butter down into the flour mixture, some butter pieces will be the size of oat flakes, some will be the size of peas. In a small bowl, stir together the egg and coconut milk/lemon juice mixture.   Create a well in the butter and flour mixture and pour in the liquid mixture.  Use a fork to bring to dough together.  Try to moisten all of the flour bits.  On a lightly floured work surface, dump out the dough mixture.  It will be moist and shaggy.  Sprinkle generously with flour. Shape dough into two disks and wrap in plastic wrap.  Allow dough to rest in the fridge for 1 hour.  Dough is easiest to roll out when it’s cold and rested.

To make the Filling:

Toss together the rhubarb, strawberries, sugars, corn starch, salt, and lemon juice.  Toss until all ingredients are well coated.  Allow mixture to rest in the fridge while you roll out the pie crust.

To assemble to Pie:

Place a rack in the upper third of the oven and preheat oven to 425 degrees F. Line a baking sheet with parchment paper and set aside.

When you’re ready to roll out the crust, on a well-floured work surface, gently roll out the pie crust into about an 11-inch circle.  Press together any spots that might tear.  Carefully lift down and place into the 9-inch pie plate.  Use a pairing knife to trim the edges of pie dough, leaving about 1/2 inch extra dough overhang.  Fill pie plate with strawberry rhubarb filling.  Brush edges of the pie dough with a bit of water.  Repeat the dough rolling process and slice the rolled dough into one inch strips. Carefully place every other strip in parallel lines across the pie, leaving one inch spaces in between. Fold back alternating strips and place the remaining strips perpendicularly across the others, one at a time, folding the strips down between strips. If that made no sense at all, check out this tutorial (it's got tons of pictures).  Trim edges to 1/2-inch overhang.  Fold the excess dough under and crimp with fingers, pressing together.

Brush top of pie with beaten egg.  Sprinkle generously with granulated sugar.  Place pie on prepared baking pan and place in the oven.  Bake on 425 degrees F for 10 minutes.  Reduce oven temperature to 350 degrees F and bake for 30-55 minutes (mine took a lot longer than the original recipe called for) or until crust is a gorgeous golden brown, and the juices are bubbling from the pie. Remove from the oven and allow pie to cool to room temperature before slicing.
Posted by arielle clementine at 10:58 AM